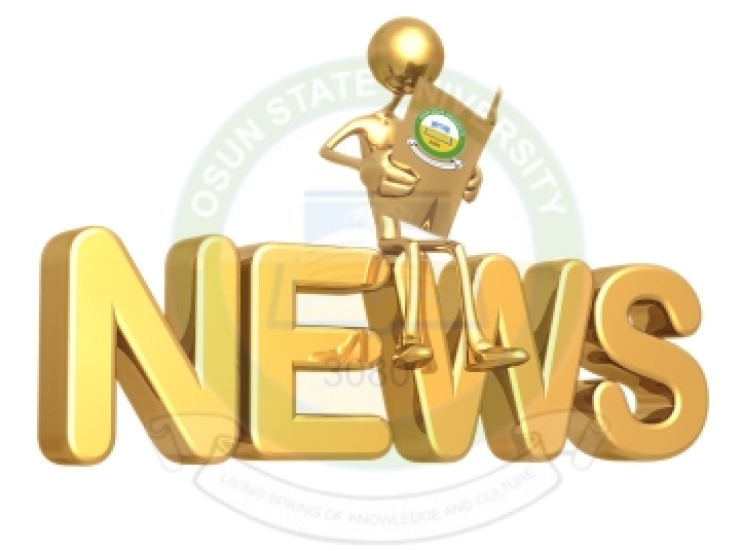 ...As College of Health Sciences is crowned Female Champions
In what was an enthralling encounter in the male final, the College of Management and Social Sciences (M&SS) defeated the College of Science, Engineering and Technology (SET) by four goals to two (4-2) in a penalty shootout to win the maiden UNIOSUN Vice-Chancellor's cup after the game ended 2-2 in regular time.

The competition, which was hosted by the Osun State University Students' Union, had its final game for both male and female categories played on Friday, 5th August, 2022, at the University's Sport Centre in Osogbo. The Vice-Chancellor, Professor 'Ayo Clement Adebayo, signaled the commencement of the male final with a kick of the ball.
Lining up in the 4-2-3-1 formation and spotting a yellow kit, the M&SS attacked the goal to the left in the first half, while the College of SET lined up in similar formation adorned in a cream-coloured jersey. The first ten minutes was keenly contested with the game stuck in the midfield and crunching tackles flying in what was shaping up to be a physical final.
M&SS began to stamp their authority on the match with more possession of the ball, and were not long after rewarded for their efforts in the 17th minute when their goalkeeper punted the ball up-field. A defender from SET launched himself in the air to contest the header but lost out, only to see the loose ball turned home by the opposition's number 6, giving M&SS a deserved one nil lead.
The tide turned after the first goal as SET responded to going behind with a flurry of attack looking for the leveler. In the last action of the first half, SET’s number 10 clipped a pass over the opposition's defence looking for his striker who failed to control the pass. SET’s number 11 latched onto the loose ball and tried to beat the goalkeeper at his near post, only to see his cracking effort denied by an equally outstanding save.
The second half began the way the first half ended with SET pushing hard for the equalizer. Pulling the strings in midfield and the attacking third, the SET number 10 found number 11 in space on the left flank who had made a darting run. He took the pass in his strides and played a low cross into the box finding number 10 who had made up the grounds, who rattled the crossbar with his effort from five yards out.
SET won a corner kick in the 19th minute of the second half after sustained pressure. The outswinger was met by the head of M&SS defender, only for the SET’s number 11 to send a left-footed volley under the crossbar, which deflected the effort into the net, sending supporters from SET into frenzy.
Buoyed by the equalizing goal, SET continued to pile on the pressure and their number 11, who had been a menace to the opposition's defence was brought down in the box and the referee pointed to the spot. He took the resulting penalty, putting it away to the goalkeeper's left, and taunted M&SS supporters with his celebration.
Seeing gold slip away from their grasp, M&SS came out like wounded lions looking to tie the scoreline. Winning a corner kick three minutes from full time, the ball was swung into the box which the SET goalkeeper failed to deal with, resulting into a scrabble in the six yard box that saw the ball end up at the back of the net. The referee blew the final whistle, which meant that the final would be decided on penalties. M&SS scored all of their four spot kicks while SET had their two most impressive performers, number 10 and 11 miss the second and forth penalty kick respectively, crowing M&SS the winners of the 2022 Vice-Chancellor's cup.
In the female final, the College of Health Sciences (CHS) made light work of the College of Law (CL), prevailing two nil (2-0) in what was a one-sided encounter. CHS number 10, who really caught the eye, saw the opposition's goalkeeper off her line in the first half and lobbed her from the centre of midfield, while CHS number 9 sealed the win with a second goal in the second half. The College of Health Sciences won bronze in the male competition, while the College of Humanities and Culture won bronze in the female competition.